How was My Experience During the Umrah Journey? 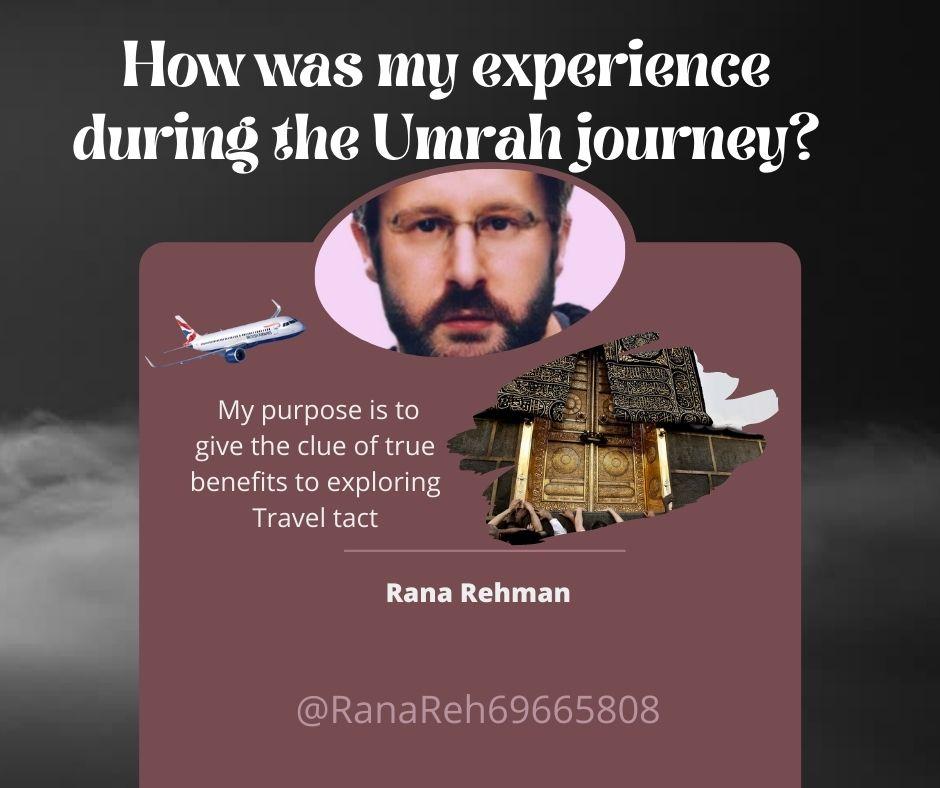 My whole experience during Umrah was memorable and magical. It has always been an extraordinary journey for me. I was always eager to listen to travel stories about this unusual trip. I have remembered everything when someone from my family received rosaries, prayer caps, prayer mats, and Zamzam water from coming Umrah pilgrims. After receiving the Umrah package 2022, my dream of performing Umrah came true last month.

My purpose in sharing my experience here is to tell others what was a more amazing journey for me than going to Switzerland or Paris etc.

How did I prepare for my Umrah?

On Sunday 5, Feb. I randomly searched about an Islamic topic “History of Kaaba” and I read many contents on this topic but Labbaik Hajj Umrah web’s content left a lasting impression on me. And this topic eventually forced me to book my Umrah Package. Before contacting the agent, I was a little nervous because I felt like my heart was beating out of control. But after talking to a travel agent the whole situation changed which also guided me about the procedure of Umrah 2022.

Because the Saudi government has changed some of the rules regarding obtaining permission for Umrah. I was so excited after getting the Umrah visa that it can’t be described in words. But my friend scared me by giving the example of another friend who could not perform his Umrah even after arriving at the airport.

My friend could not perform Umrah due to a small mistake. He was deported from Jeddah airport when boarding staff found out that he had a refugee passport, but visa proof had UK resident proof status. I received a reminder call from my agent to do a PCR test within 48 hours before arriving at Jeddah Airport. Some content on the Internet will show you 72 hours, but now the latest update is only 48 hours. My uncle and aunt lost their flight for not following this latest term.

I packed some essential items and each printed copy of my documents (ID card, passport, visa, travel and hotel vouchers).

When did I perform the first step of Umrah?

I did it during my flight. I did not get the option of Umrah Guide in my package, as I had learned the whole process of performance from various videos and articles. In my opinion, the guide option could have made my package more expensive. My agent gave me two options in choosing a direct and indirect airline. And he also told me that Saudi Airlines or British Airlines are the only two direct flights.

As a Muslim, I preferred Saudi Airlines to fulfil my dream. Because of Ayesha Sadiqa (R.A.), some Muslims choose Ayesha Mosque to enter the Ihram because it is here that the wife of the Holy Prophet (S.A.W.) wore her Ihram. At present, there are five Meeqats for pilgrims coming from different parts of the world. And the Ayesha Mosque is one of the three other Meeqats that are mostly recommended for the locals.

Muslims can wear their Ihram anywhere but crossing Meeqats before this dress is forbidden. I had worn my Ihram during my flight because only Saudi Airlines gives a vital space to offer prayer and Ihram step.

How to perform my second step of Umrah?

During my flight, I found someone who had accepted my taxi sharing offer. I had booked my private transport but only for visiting Ziarat (holy) places. You can easily cover the distance to Mecca from Jeddah around 1:30 hour as I did.

First of all, I decided to take a nap after arriving at my residence. Because it was already 8 p.m. I even fell asleep for a while during my shared taxi journey then I saw myself alone in front of the Kaaba in a dream. And the next moment, I suddenly woke up and cancelled my first option and went to the Masjid al-Haram.

Tip: Don’t sleep during your taxi ride, sometimes it can be dangerous.

Nowadays, the Saudi government has introduced some mobile apps for travelling in the kingdom. My concerned agent had advised me to register my health status on the Muqeem portal and then register myself on the Tawaklana app. I had completed the entire registration process at the airport. The Tawaklana app is exclusively for Hajj and Umrah travellers. On this app, travellers get permission to go to both Al-Haram and Al-Nabawi mosques and places of pilgrimage about their Umrah.

I was a lucky man because I was allowed to do Umrah after waking up in a taxi. According to a popular tradition, the prayers you ask for at first sight on the Kaaba are accepted. But believe me, I was shocked to see the Kaaba. Because my dream was about to come true.

And after the next 15 minutes, I started the Tawaf ritual. And I performed it in about 1/2 hour and also prayed 2 Rakats behind Maqam e Ibrahim.

Tip: If you have two choices for Umrah day or night, the night will be better because of less rush.

Due to the small crowd, I completed my Sa’i ritual in the next 1/2 hour. And then I started looking for a barbershop for cutting my hair. It would not be wrong to say that finding a barbershop in London is harder than in Mecca. Because many shops are around the Masjid al-Haram.

If I add all my time for Umrah, it becomes only 2 hours. It was 11 p.m. when I looked at my wristwatch to see the time. Then I took a taxi from the 11th gate of Masjid-ul-Haram to Bab e Safa for my booked hotel.

Ayesha Mosque is the most prominent place to enter ihram as it is the closest meeqat from the Great Mosque. The next day, I tried to perform my second Umrah on behalf of my grandfather, who had passed away.

So, I took my booked transport for Ayesha Masjid. I performed all the rituals of Ihram and then started the second Umrah journey for my grandfather. But this time, I could not touch the Black Stone and the Yemeni corner. And this time, it took me 4 hours because I chose the time of day for Umrah.

So I spent the next 7 days at various Ziarats, the Prophet’s Mosque and Riyadh.

Never involve yourself in any debate or unusual activities as the penal code is very strict. Now you can visit the whole country, but it would be better to seek the help of an expert to avoid any scam. If you show a little respect there, you will find the Saudis welcoming. During Umrah, you cannot share a room with a non-mahram because Shariah (Islamic Laws) does not allow it. Try to perform Umrah after Isha prayer as the rush of pilgrims, and the number of performing Tawaf is less.

May Allah help all my brothers and sisters to perform Umrah. Ameen